Posted by Mgorecruit at 00:39 No comments:

As you've probably noticed, I've been very inactive lately on the recruiting front, and this is for a couple of reasons. Firstly, my last semester of university has just started, and I need to work pretty hard to achieve my goals on that front, and secondly, if I'm being honest I've lost interest in the recruiting process over the last couple of months. Let's face it, its a completely flawed system.
Stars mean nothing, when you watch the NFL draft, check out what their high school rankings were, way too many flew under the radar for the scouting services to be proved accurate. So many 'top' prospects don't pan out, whether it be for off the field issues, or the fact that they just aren't good enough. I've come to the conclusion that its pretty pointless following the recruitment of a kid from March -> Signing day when: 1) there's a good chance he won't sign with you; and 2) there's a good chance that he won't be the player you hope he'll be.


So for these reasons, I'm sorry to say that this will be the last post on MGoRecruit.

I'd like to thank all of you for your continued support over the last two and a half years, I never really imagined that the site would become so popular - 6 million hits! I started the blog because I was bored over the summer and loved Michigan football; of course I still love Michigan football, but nowadays I just won't have the time to keep the blog running with high quality. So again, thank you so much for following the blog and putting up with my recruiting ramblings for so long!

Fortunately for you, as Michigan fans there are plenty of ways to get your recruiting fix. The godfather of UM recruiting is and always will be Sam Webb, and I can't recommend his morning radio show and/or podcasts enough. They really do cover all the important stories, and if anyone has an idea where a recruit is going, it's Sam. Then you have another great free source over at MGoBlog, which I'm sure you already know about, but its worth mentioning that Ace does a great job over there.

I haven't spoken much with SimplyComplex lately, but I'm sure he'll continue to work in the field of Michigan recruiting, so make sure you follow him here on twitter. I'd also like to thank him for the great contributions he's made to the site over the last month.

So yeah, that's it. Best of luck to all you in whatever you're up to the future, and thanks for everything.

2013 3* WR James Onwualu from Saint Paul (MN) will not be visiting this weekend as reported by various sites. James told me that him visiting was just a "false rumor" and he will indeed not be visiting.

Posted by SimplyComplex at 15:30 4 comments:

A couple days ago I had the opportunity to chat with 2013 Akron (OH) WR Kevin Gladney. Gladney has offers from Nebraska, Michigan State, and Michigan as of now. Gladney stands 6'2 and 185 lbs., and has the ability to play in a pro or spread style offense. Heres an update on his recruitment:

-West Virginia and Michigan are recruiting him the hardest, but Michigan is showing him the most love. No decision date or leaders.

-Gladney participated in the Under Armour combine and he thought that he had "a pretty good performance, and he learned a lot, but more importantly he enjoyed himself a lot."

-Being a top receiver in Ohio makes Gladney "feel good", and inspires him to work harder to get better. He says that he has handled the recruiting process very well. He's been very humble and has "treated everyone respectfully like his parents told him to.

-Kevin would be welcome to play both basketball and football, if the opportunity was available. Basketball was actually his first love.

-Kevin says that he improved on his speed and height from a year ago to help better his game. When asked what his strengths and weaknesses were, he said: "My strengths would be my speed and my ability to catch the ball at it's highest point." My weaknesses would be my strength. I feel like I need to get stronger."

-Greg Mattison is Gladneys main contact at Michigan. He said that "Mattison is great, and he's a good guy, whose really funny and sounds like he really wants me to be a wolverine."

Gladney should be a top five prospect in Ohio come summer time once he participates in some junior days and football camps. Seems like Gladney has really connected with Coach Mattison and he likes Michigan. We need to get him on campus, but as of now, I like our chances.

Posted by SimplyComplex at 15:23 8 comments:

Hokes Mad Magicians writer; Sarah Hughes gives an in-depth, and extensive look at Michigans visitors for this weekend. Check it out here.

Posted by SimplyComplex at 14:50 4 comments:

Hello everyone, the MGoRecruit team has added another member to the blog today. The new writer is Brandon Brown. Heres a little background on Brandon:

"I was born in Tawas, Michigan in 1984 so that makes me 27 years old. I grew up in a really small, rural town in mid-Michigan. I was bred, born, and raised a die-hard Michigan fan. I went to a really small public school and played sports my whole life. I went on to college at Central Michigan University and studied to become a science/PE teacher and coach. I moved to South Carolina in 2007 in search of a job and landed it after 1 interview. I teach 7th grade science and coach wide receivers and defensive backs in football, and I am a head girls basketball coach."

Brandon will be our "film guy" who will be breaking down and evaluating recruits. He will give you in-depth analysis on recruits and it will hopefully give you a better understanding of what the recruit excels at, and areas that they could improve upon. With Brandon being a high school football coach, he has an "eye for talent" which should let you know that he knows what he's doing.

Everybody give him a follow at @CoachBrown3. Welcome him with warm, and open arms!

2013 Atlanta (Ga.) CB Shaq Wiggins has commited to Georgia today according to his twitter. Wiggins had some interest in Michigan, but there were some discrepancies regarding whether or not he had an offer from the Wolverines. Wiggins was on Georgias campus today for an official visit, so it wasn't all that surprising for him to stay in-state.

His commitment doesn't really affect Michigan too much because they seem to be higher on other corner backs such as Kendall Fuller, Jourdan Lewis, amongst others. 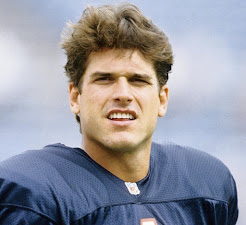